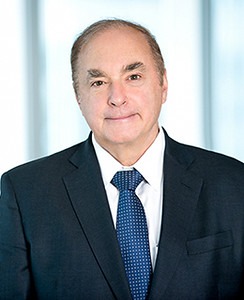 Michael A. Zimmerman is counsel to the firm and chairs the firm’s Trusts, Estates and Taxation practice group. Mr. Zimmerman began his legal career in 1974 as a Tax and Trial Attorney in the Honors Program at the Office of Chief Counsel, Internal Revenue Service in Washington, D.C.

While at the University of South Carolina Law School, Mr. Zimmerman was admitted to the Honorary Order of Wig and Robe for excellence in scholastic studies and was a member of the South Carolina Law Review. Mr. Zimmerman was a Tax and Trial Attorney in the Office of Chief Counsel, Internal Revenue Service from 1974 to 1977 and he has a Master of Laws in Taxation degree from New York University School of Law. He was appointed an Associate Village Justice in Kings Point, Great Neck, New York, in 2014.

Kane Kessler Has Moved
Get the Latest Updates Here
X