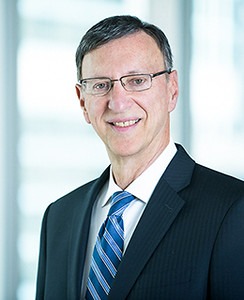 Jeffrey H. Daichman  has been an active trial and appellate lawyer for more than 40 years in State and Federal Courts.  He has litigated cases in over 20 states, has regularly been admitted as lead counsel pro hac vice in many jurisdictions throughout the United States, and has frequently argued before the appellate courts as well as the highest court of the State of New York.  In addition to his trial and appellate work, Mr. Daichman has represented clients in numerous arbitrations before the American Arbitration Association (AAA), and JAMS.

With an emphasis on commercial litigation, Mr. Daichman has litigated cases ranging from corporate matters, shareholders’ claims, partnership disputes, breach of contract, fraud, employment issues, trade secret misappropriation, restrictive covenants and noncompete agreements, brokerage claims, distributorship and sales representative agreements, liability claims relating to high technology issues,  unfair competition, commercial paper and negotiable instruments, discrimination and sexual harassment and numerous federal and state statutory matters.  He has extensive experience in the First Amendment area, having litigated claims of defamation, invasion of privacy and the right to publicity, resulting in several landmark decisions in this area of constitutional law.  His diverse litigation experience has involved him in high profile cases successfully representing clients against adversaries such as Louis Nizer and Gerry Spence, representing individuals such as author Jackie Collins and Penthouse publisher Bob Guccione and successfully defending against claims brought by public figures such as Vanessa Williams, Henry Kissinger and Jerry Falwell.  Among the cases he has been involved in include defeating claims for hundreds of millions in damages and winning judgments for $40 million, $39 million, $4 million and $2 million after trial, and recovering $1 million in legal fees for his client in one arbitration.

While in law school, Mr. Daichman was the Managing Editor of the N.Y.U. Review of Law & Social Change and received the American Jurisprudence Award in Criminal Procedure.